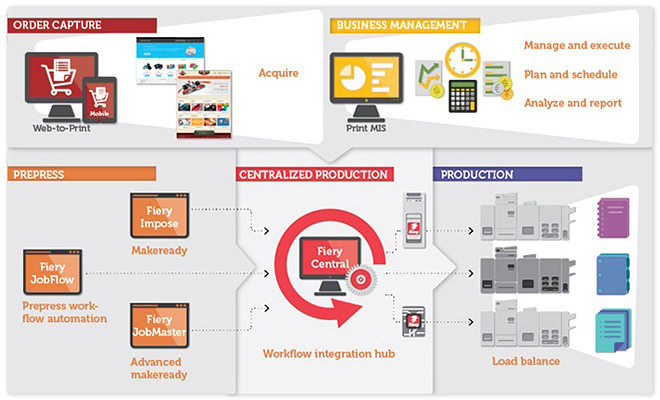 
Starting from Fiery® Central v2.7, users can take advantage of free Fiery JobFlow Base, running right from your Fiery Central server and having access from anywhere in your network to automate various prepress tasks. 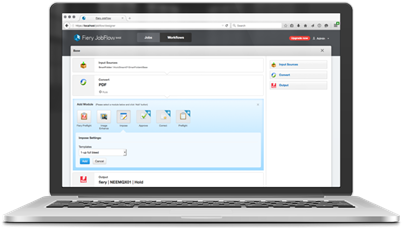 In order to install the latest JobFlow on your Fiery Central server,

If you are a Fiery JobFlow user already, launch your JobFlow to check if there's an update.

In addition to the free Fiery JobFlow Base, users can upgrade to the paid Fiery JobFlow version to expand workflow automation and prepress capabilities. Check out Fiery JobFlow page and the comparison table for more details.

Our operators don’t have to pull up a work ticket and look at 5 different systems and cross-reference them. They can see the rush orders, customer due dates, start times, paper types, and everything else they need to know — right from Fiery Central.