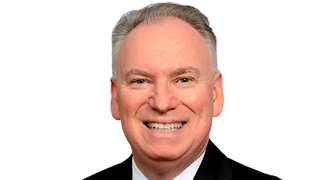 Jeff Jacobson brings over 30 years of global experience in the industrial technology and imaging sectors, most recently as the CEO of Xerox Corporation, a $10B technology leader. Throughout his career, Jeff has displayed an on-going commitment to helping customers improve their productivity and enhance their operations. As CEO of Xerox, he oversaw Xerox’s largest product launch in its more than 100-year-history and led the company through a strategic transformation, delivering best-in-class customer service, and driving innovation, while significantly improving the Company’s operating margins and cash flow.

In his previous role as President of Xerox Technology business, Jeff led the Company’s Technology division, which offered a diverse portfolio of hardware, software and business services to customers ranging from small and medium sized businesses to multinational enterprises. He was responsible for worldwide strategy, sales channel operations, marketing, technical services and customer support, and product development, manufacturing and distribution.  Prior to this role, Jeff served as Xerox’s President, Global Graphic Communications.

Prior to Xerox, Jeff served as the Chairman, President and CEO of Presstek.  Previously, Jeff was Chief Operating Officer of Eastman Kodak Company’s $3.6 billion Graphic Communications Group. He also served for five years as CEO of Kodak Polychrome, a $1.7 billion joint venture between Sun Chemical and Eastman Kodak. As CEO of Kodak Polychrome, Jeff and his team drove a significant turnaround, resulting in an approximate three times return on equity, when the company was acquired.

Jeff is a graduate of the State University of New York at Buffalo with a bachelor’s degree in Management and holds a master’s degree in Industrial Relations from the Cornell School of Industrial Relations. He also earned a juris doctor degree from Elisabeth Haub School of Law at Pace University and is admitted to the bar in New York and New Jersey.

Jeff has previously served on the Board of Directors of Xerox, Presstek and Fuji Xerox.


Connect with Jeff on LinkedIn